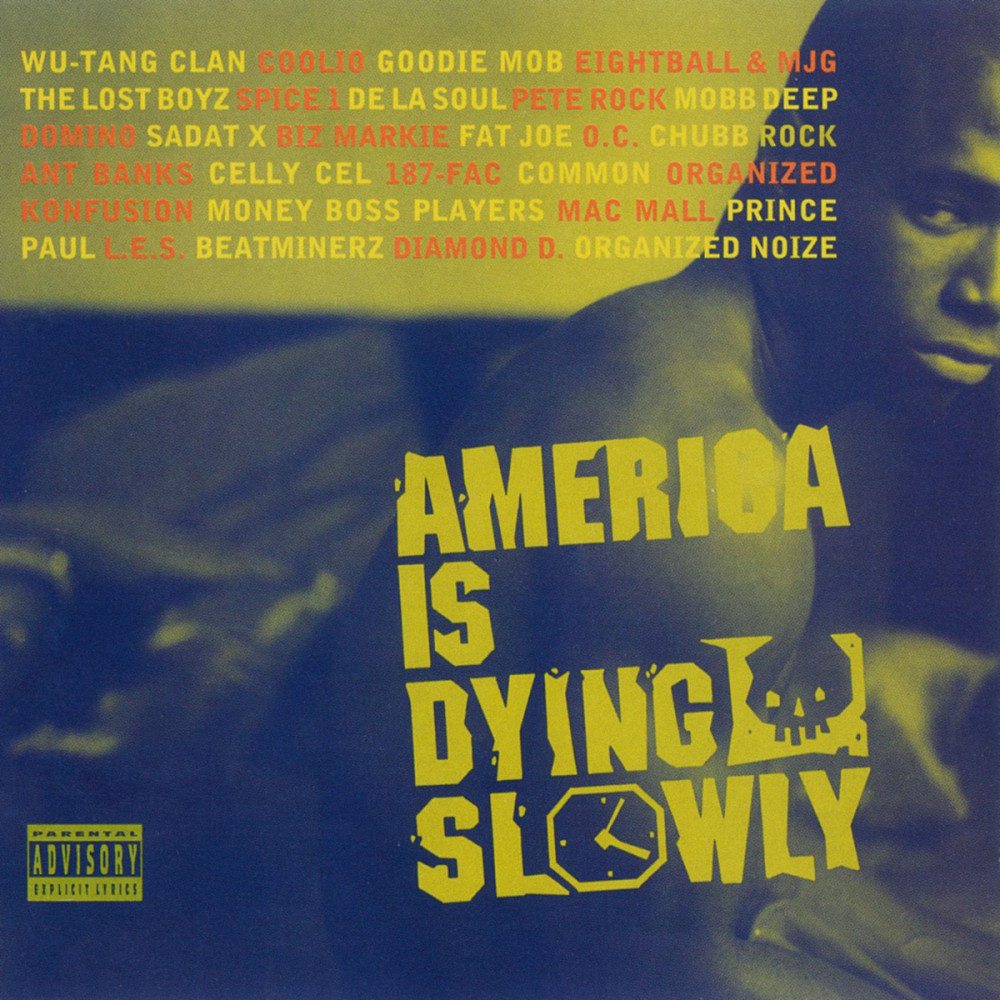 America Is Dying Slowly (an acronym for AIDS) was the second Red Hot project focused on raising awareness about HIV/AIDS in communities of color in the United States.  It featured collaborations from several hip hop acts, including Mobb Deep, De La Soul, Common, Coolio, Biz Markie, Chubb Rock, The Lost Boyz, Pete Rock, Eightball & MJG and Wu-Tang Clan. Dubbed “a masterpiece” by The Source on its release, AIDS was one of the first of such efforts aimed at reaching out to African American men through pop culture. The Wu Tang Clan’s title track got tremendous airplay on Hip Hop and Rap radio stations and functioned as one of the most effective public service announcements ever created during the AIDS crisis. The last live performance of the entire original Wu-Tang Clan was for the MTV special called “Red Hot + Rap” produced for the album. Old Dirty Bastard was so late that MTV got frustrated and started filming the song without him. He arrived in the middle, climbed on stage and did his verse, which appeared in the show and can be seen at the end of show, embedded here; along with interviews with Dr. Dre talking about Easy-E dying of AIDS and a young Cee Lo performing with his group Goodie Mob.

The CD included one of the first enhanced interactive elements ever released: a virtual DJ application that allowed people to remix tracks on the album, watch exclusive extra video segments and learn more about HIV/AIDS and safer sex.

Around the same time, Red Hot was approached by R. Kelly to do a superstar ballad to raise money and awareness to fight AIDS called “Every Nation.” The track was recorded with additional vocals by Mary J. Blige, Lauryn Hill, Curtis Mayfield and others; but the track and related project stalled when other artists who were scheduled to appear didn’t come to the session and the project was dropped by the record label. It was eventually released as part of a tribute to Princess Diana, but never achieved the level of success R. Kelly had in mind.

Though the tracks contain plenty of the rote-but-necessary wear-a-condom, don’t-share-needles platitudes, most offer vignettes that hit home, as on the record’s cornerstone, Wu-Tang Clan’s “America,” and on “Listen to Me Now” from Eightball and MJG, which draws out sinister similarities between the virus and drive-by.

Since the sudden loss of rapper Eazy-E to the AIDS virus, hip-hop has apparently awakened from its “I like it raw” stage and has gravitated toward the “stay protected” side of things. Aside from the many dangers of the virus itself, America is Dying Slowly focuses on the other crummy aspects of urban life, including “Money” (Luniz, Dru Down), “Games” (Money Boss Playas) and “Nasty Hoes” (Sadat X & Fat Joe). All contribute solid efforts, but 8-Ball & MJG’s “Listen To Me Now”–in which the two metaphorically play the role of the virus– is the wake-up call of this masterpiece.