Red Hot is a not-for-profit, 501(c) 3 organization dedicated to fighting HIV/AIDS through pop culture. It was started in 1990 by Leigh Blake and John Carlin with the Cole Porter tribute album Red Hot + Blue, which raised millions of dollars, helped reduce the stigma around AIDS at the time and supported organizations and efforts such as ACT UP and T.A.G., which took a stand and made the world pay attention and develop medication that let people with AIDS survive.

The organization has been focused on fighting global pandemics, educating listeners, challenging stereotypes that stand in the way of equity, and moving people with influential, star-studded records. Red Hot understands the power of culture, particularly music, in reaching a diverse, broad, and sometimes underserved audience. Red Hot typically collaborates with key partners to ensure appropriate and authentic relationships to different communities that face barriers to equal access to healthcare and information about their own welfare.

Red Hot has developed an effective and unique methodology over the past 30 years to speak in the voice of specific communities at risk through the voice of relevant and appropriate artists. This has created a legacy of critically acclaimed projects that also provided public health messages in a way that no one else has done.

Over 500 artists, producers and directors have contributed to 20 compilation albums of original music, videos, events and media to raise awareness for public health campaigns as well as lay the groundwork for lasting cultural change in the areas of sex, health, equity, and inclusion.

The typical Red Hot project has been a compilation album of original music. All of the artists, labels, songwriters and many others donate their time, fees and royalties to support Red Hot’s charitable mission: promoting public health through diversity and fighting for equal access to care. Projects begin with an idea, typically a collaboration among many people, supervised by Red Hot’s co-founder and creative director.

Although Red Hot is a 501(c)(3) organization, rather than functioning as a typical nonprofit, Red Hot operates as a creative production company. It maintains a lean staff, keeping its overhead to a minimum. By using popular culture and artfully influential messaging, Red Hot works with grassroots allies to make and disseminate innovative projects that target hard to reach audiences.  Revenues from these projects are distributed to traditional charities, often in collaboration with the artists who have contributed their music or art.

Our process is to:

Red Hot produces awareness campaigns and multimedia to further its mission as well as support social and creative innovation. In the early 90s there was a street poster campaign featuring gay, lesbian and straight couples photographed by Steven Meisel, Steven Klein and Bruce Weber. As well as a related short video PSA campaign directed by Lance Acord. All of Red Hot video programs also had PSA elements that were shown on MTV, VH-1, PBS, Bravo, Channel 4, BBC, Canal Plus and other outlets targeting audiences affected by HIV/AIDS.

Red Hot is a leader in digital interactive entertainment. The company’s first website featured interactive art pieces and games. It also produced online safer sex games before the World Wide Web. One of Red Hot’s videos was among the first to stream on the Internet. Red Hot also produced innovative CD-ROMs featuring digital animation and interactions such as The Beat Experience and Optic Nerve, an interactive catalogue for a one person exhibition of the work of David Wojnarowicz. The disc recreated the artist’s multimedia performances called Itsofomo. (Wojnarowicz died of AIDS-related causes in 1992 and was one of the inspirations for starting Red Hot.) In that era, Red Hot also created interactive applications on its CDs, such as America Is Dying Slowly, that allowed people to remix tracks and access exclusive videos on their PCs. Red Hot also designed and created one of the first online documentaries: Red Hot + Africa as a companion to the Fela Kuti tribute Red Hot + Riot. The website featured documentary footage and interview shot in South Africa and Nigeria. 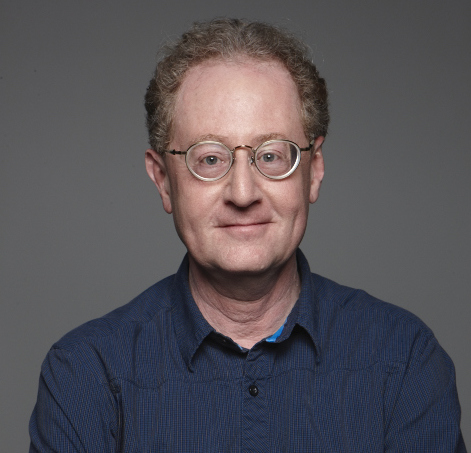 Red Hot was started by Leigh Blake and John Carlin in 1989. They were both involved in the downtown New York creative scene that was devastated by the AIDS epidemic. Carlin began his career as a curator, professor and art writer. His friendship with David Wojnarowicz and other artists in Downtown New York inspired him to do something to help. He reached out to Leigh Blake, a friend who was involved in the music and film world and had been instrumental in the early Punk scene. She convinced her friend David Byrne to be part of the project, which got things going, and brought on some of the greatest musicians and filmmakers in the world.

Red Hot + Blue became a landmark by using popular culture to raise money and awareness to fight AIDS as well as popularized the tribute album by using the music of Cole Porter to bring generations together and talk about love and loss through beauty and emotion. The millions raised helped change the face of the epidemic, particularly by supporting ACT UP and TAG, whose activist heros help bring the drugs to market that let people live with HIV.

Blake and Carlin followed up Blue with a pioneer DJ/remix album, Red Hot + Dance, focusing on th e club kids most affected by AIDS. The album also featured three exclusive original tracks by George Michael, including the global smash “Too Funky”. The TV program was directed by Mark Pellington and combined performance with hard hitting interviews. 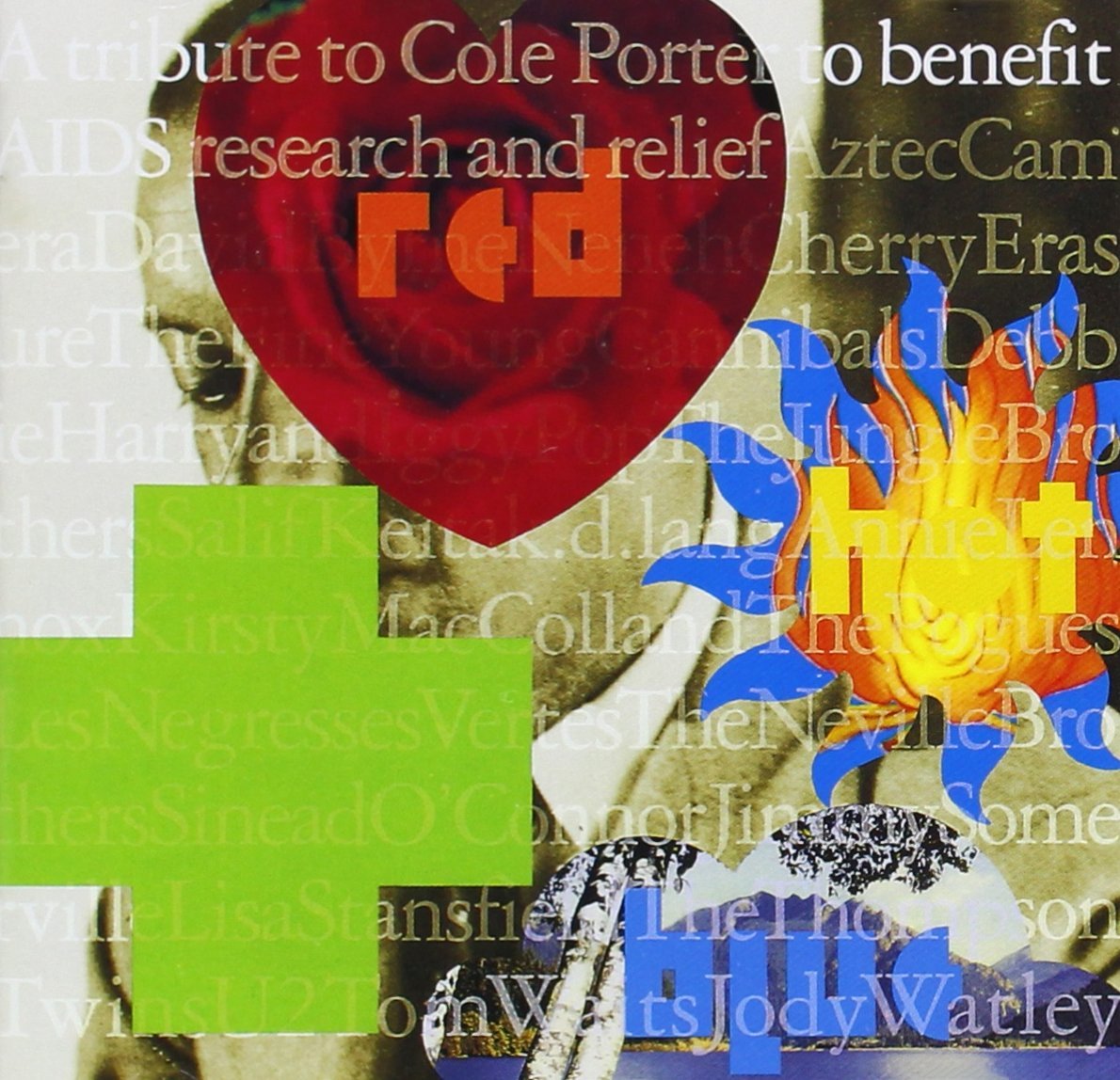 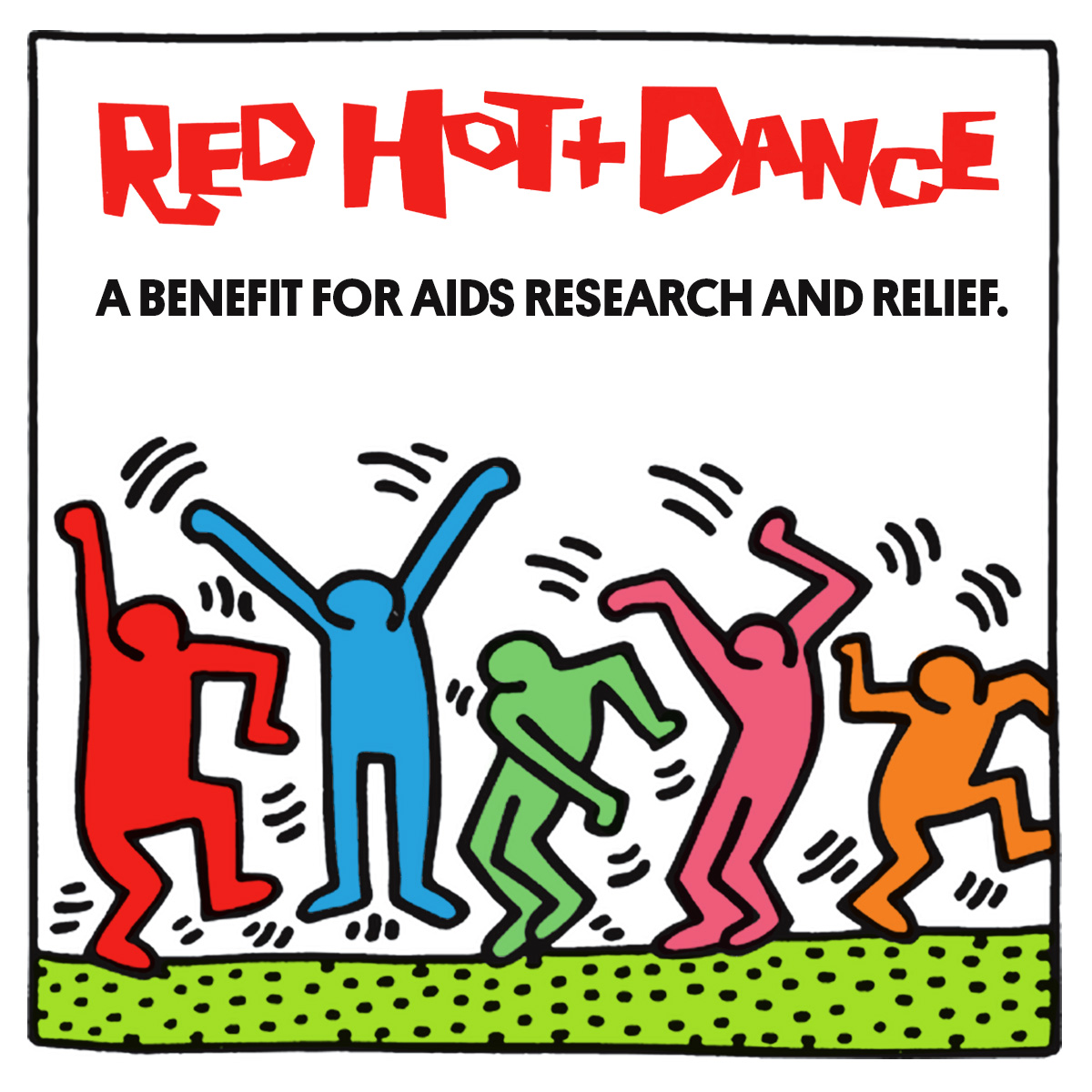 In the mid-1990s other people joined Red Hot to help produce a wide variety of albums. Paul Heck and Chris Mundy worked on the influential, “No Alternative”, and Paul stayed to work on a series of amazing projects; Earle Sebastian brought his flair to the jazz hip hop masterpiece “Stolen Moments: Red Hot + Cool”; Grace Miguel helped bring AIDS awareness to the Hip Hop community, against the odds, with “America’s Dying Slowly”; Brian Hanna and Kathy Mattea did the same for Country; and Beco Dranoff and Andres Levin started a series of projects focused on Brazil and Latin America with “Red Hot + Rio”. At this point, Blake left Red Hot to expand her humanitarian work with brilliant campaigns such as “Ain’t Nothin’ But A She Thing” and “What’s Going On” and co-founded Keep A Child Alive with Alicia Keys, saving and improving millions of lives. Carlin continued to run Red Hot along with the landmark digital design company he co-founded, Funny Garbage (www.funnygarbage.com); as well as continue to add art into the mix with projects such as “The Beat Experience”, a one hour documentary and CD-ROM, which was the first interactive exhibition catalogue published by The Whitney Museum of American Art. 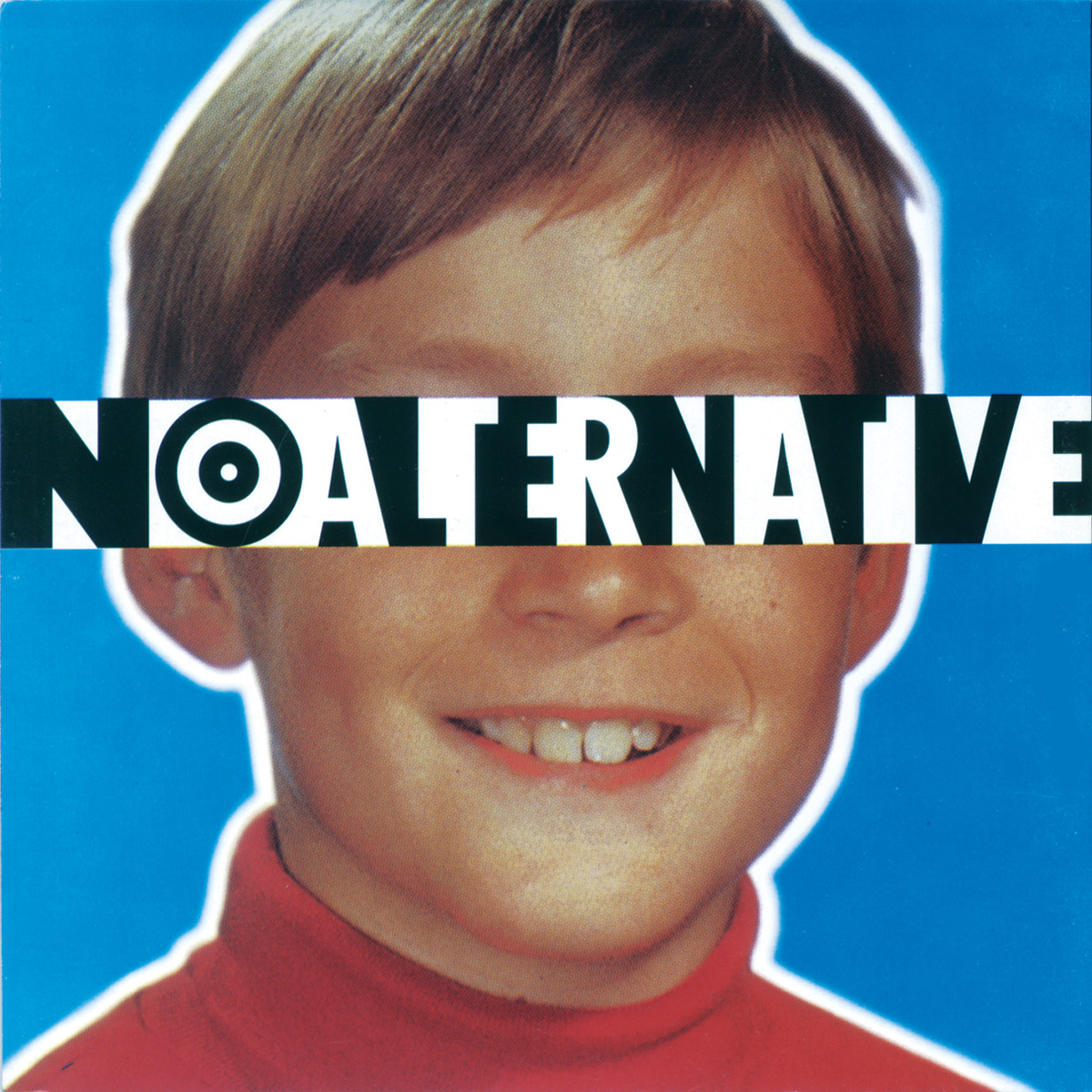 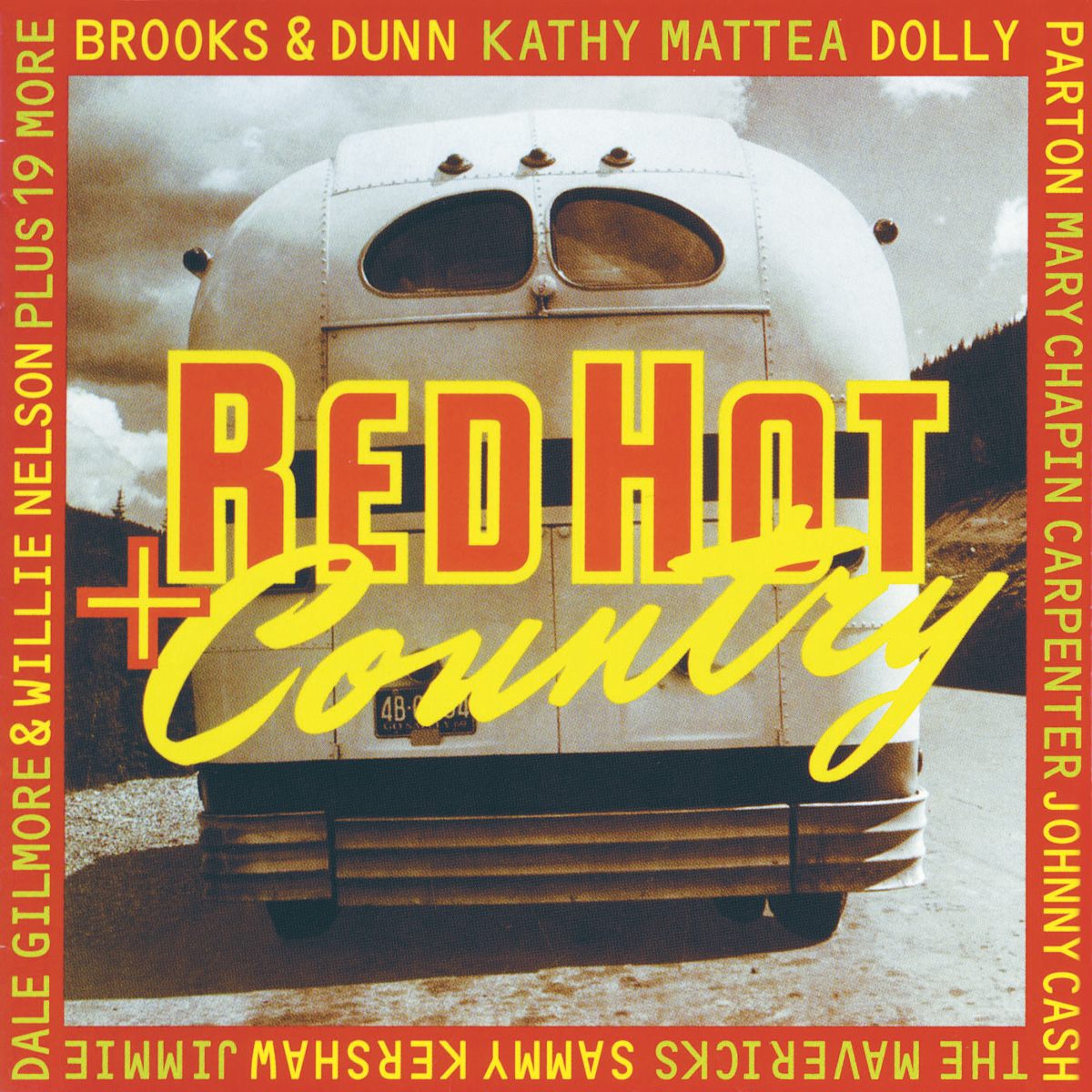 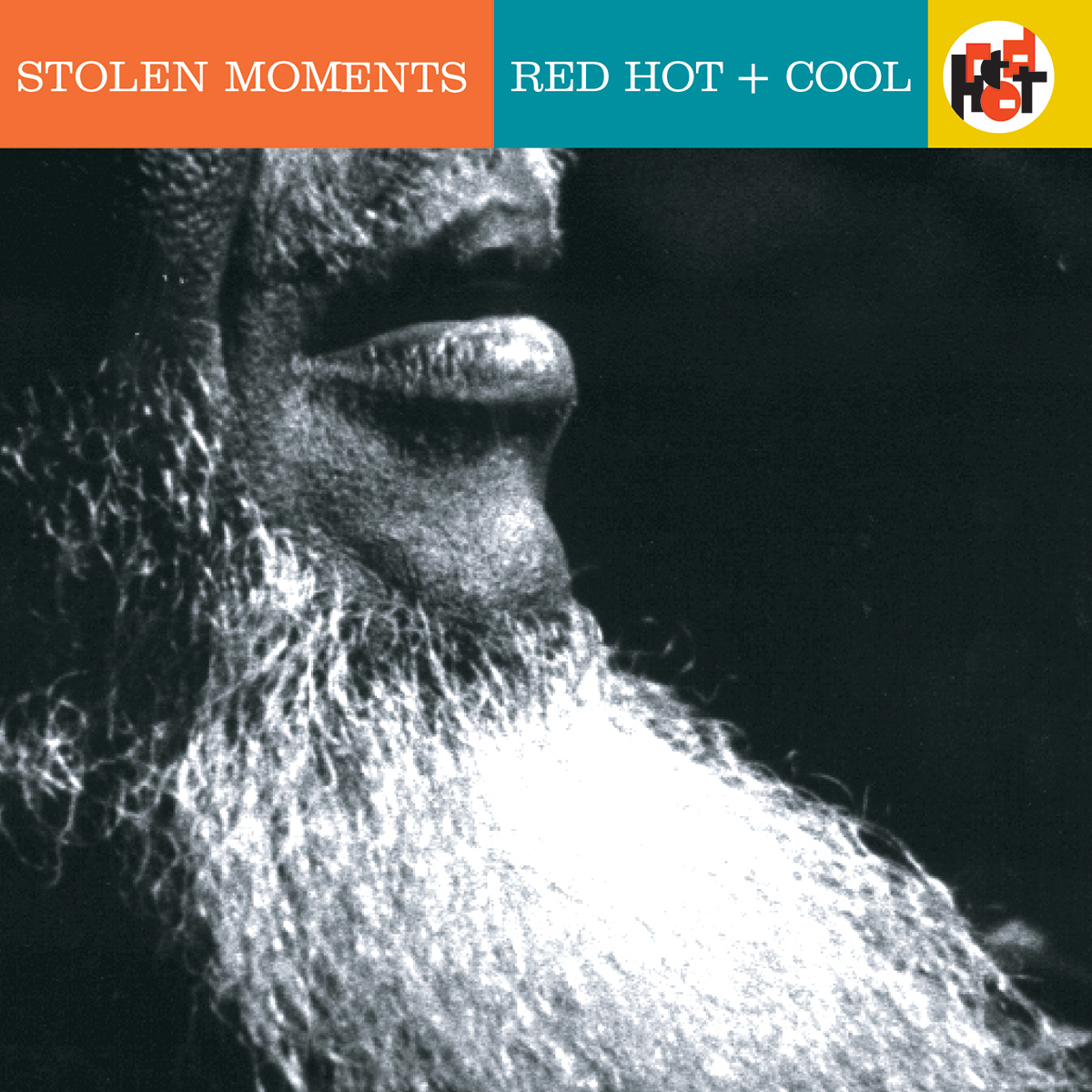 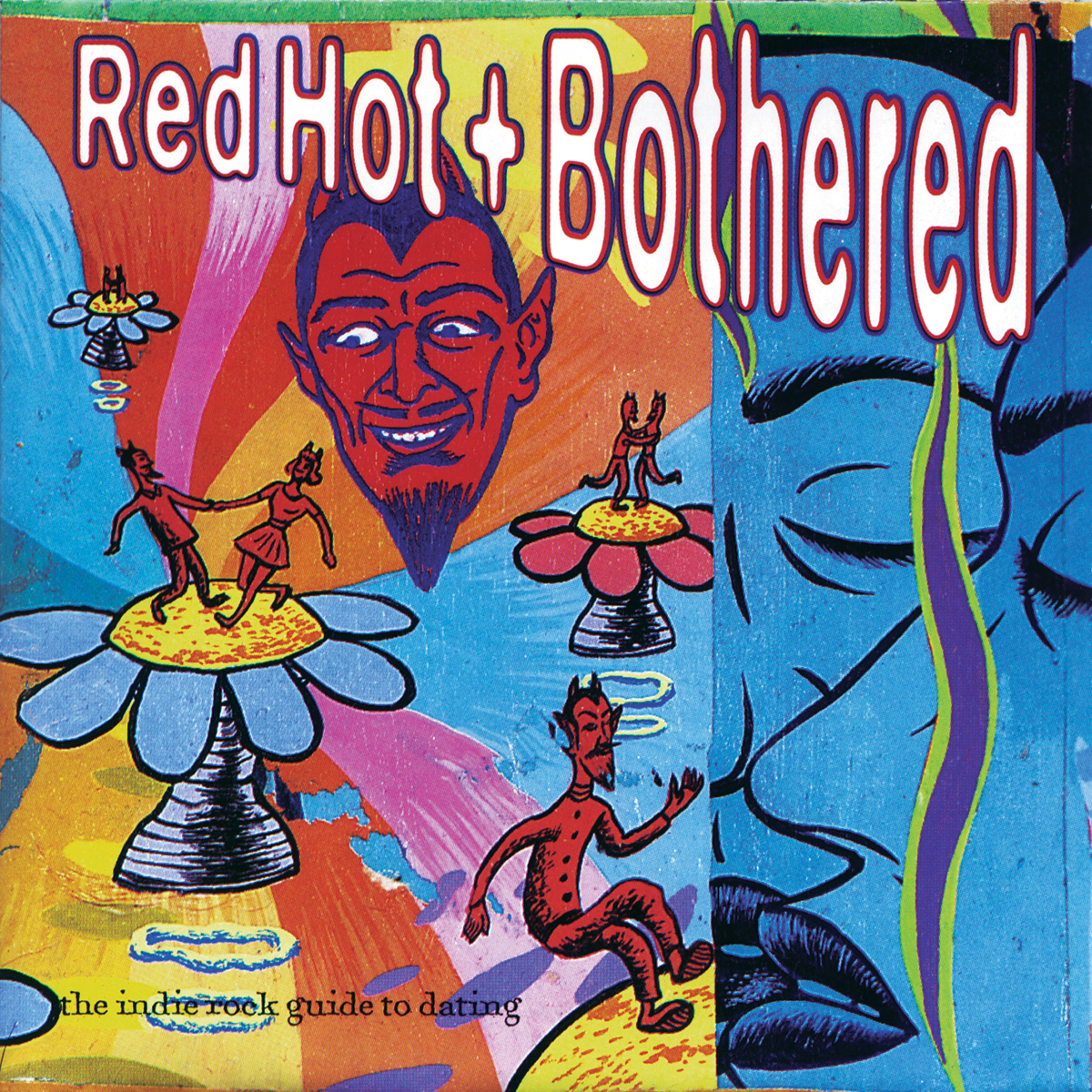 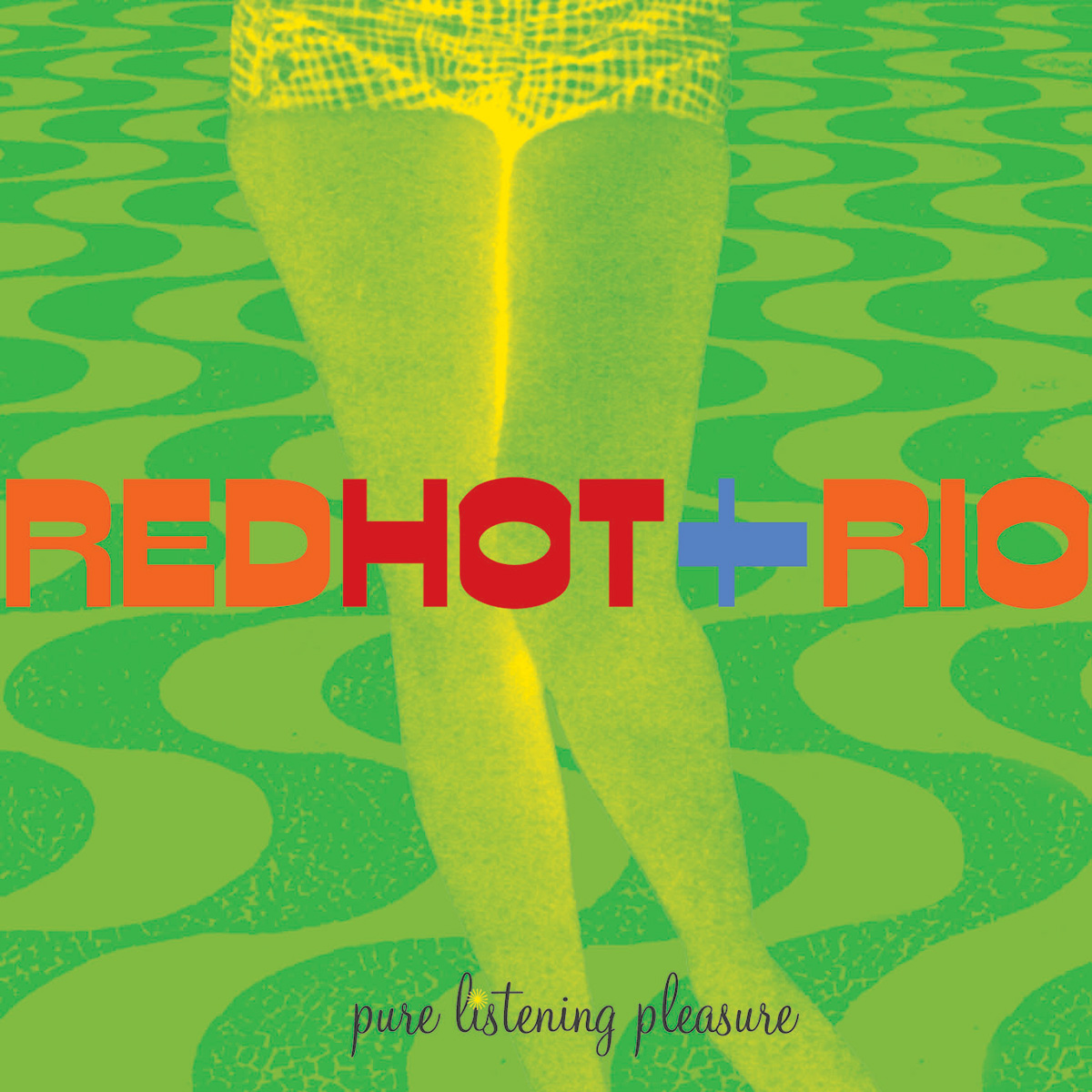 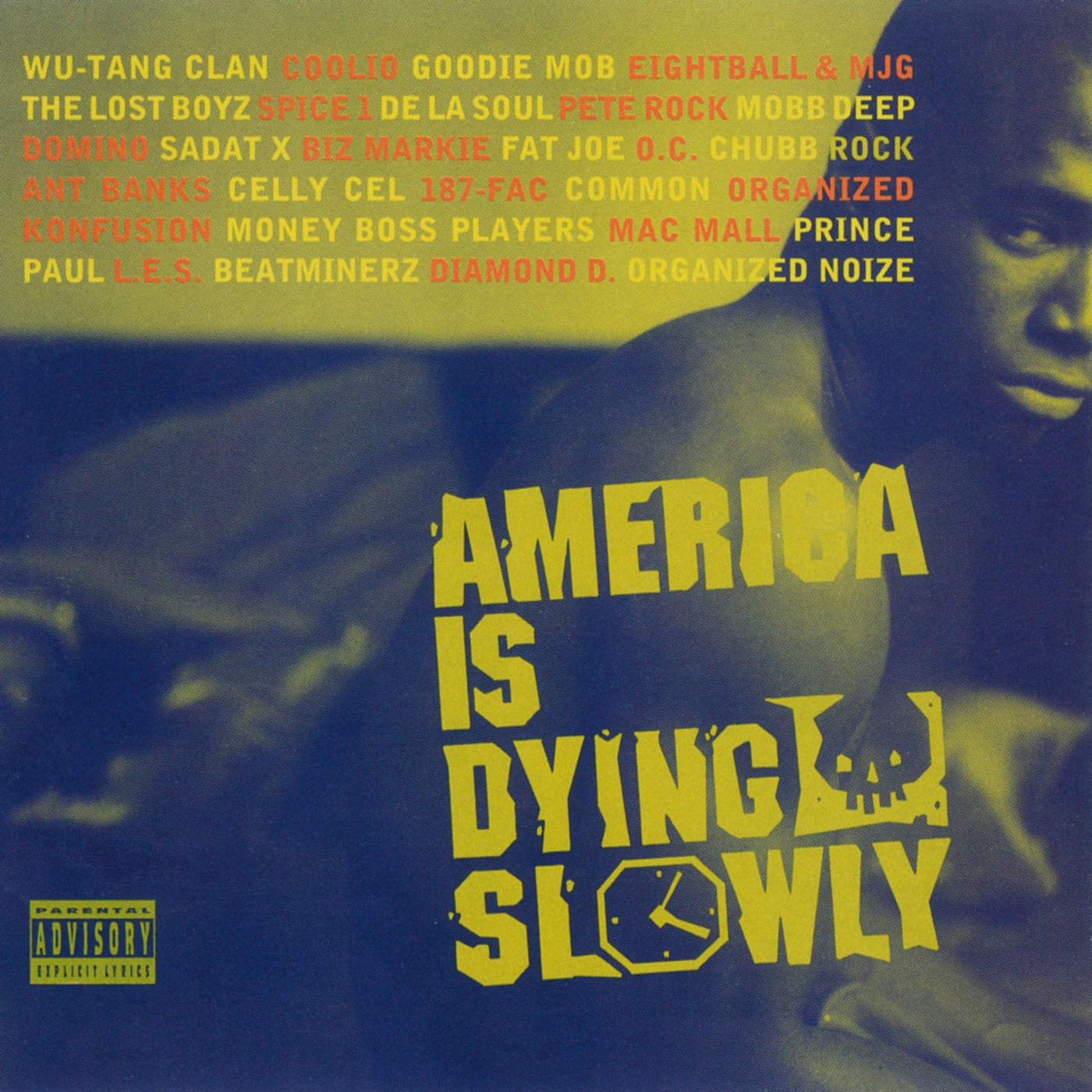 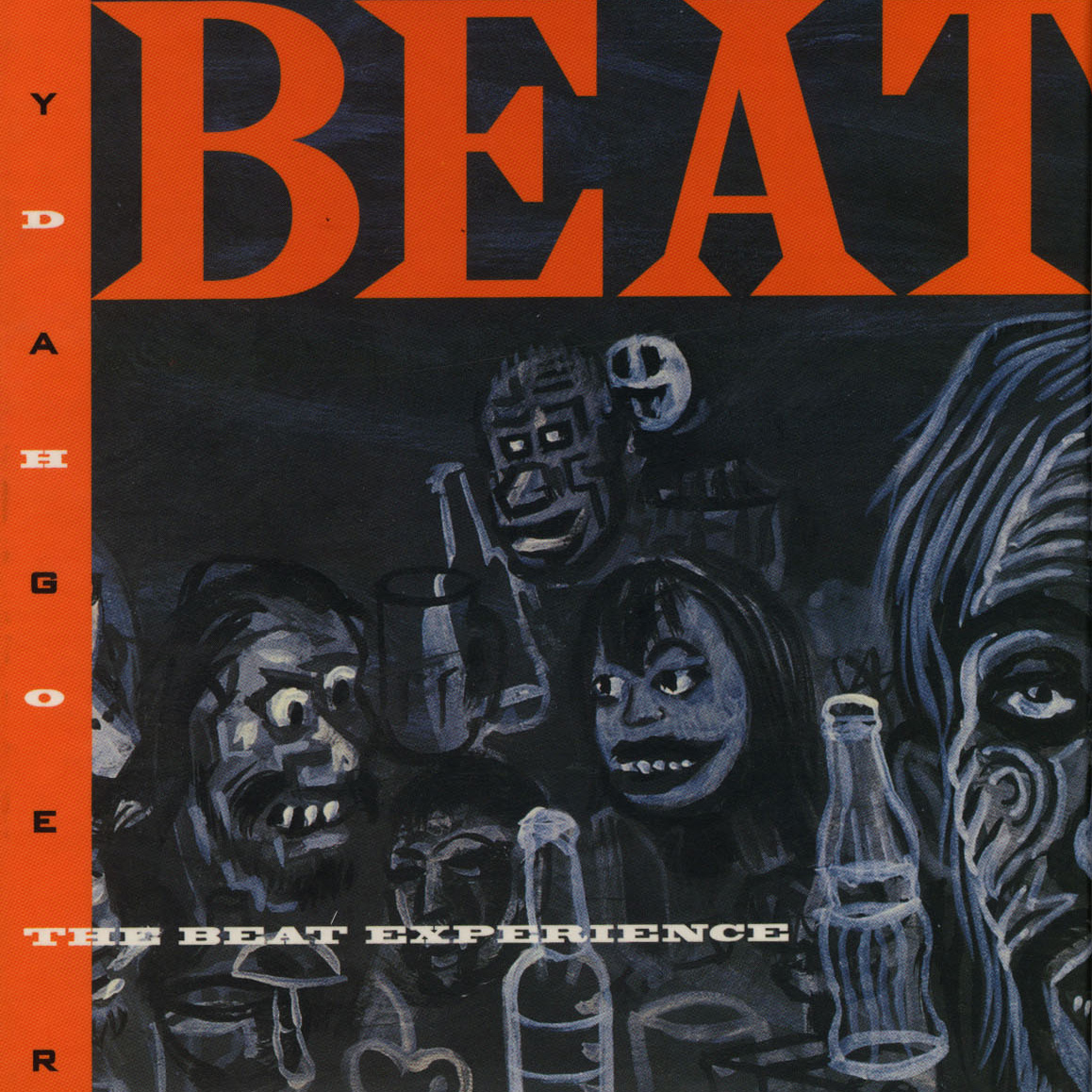 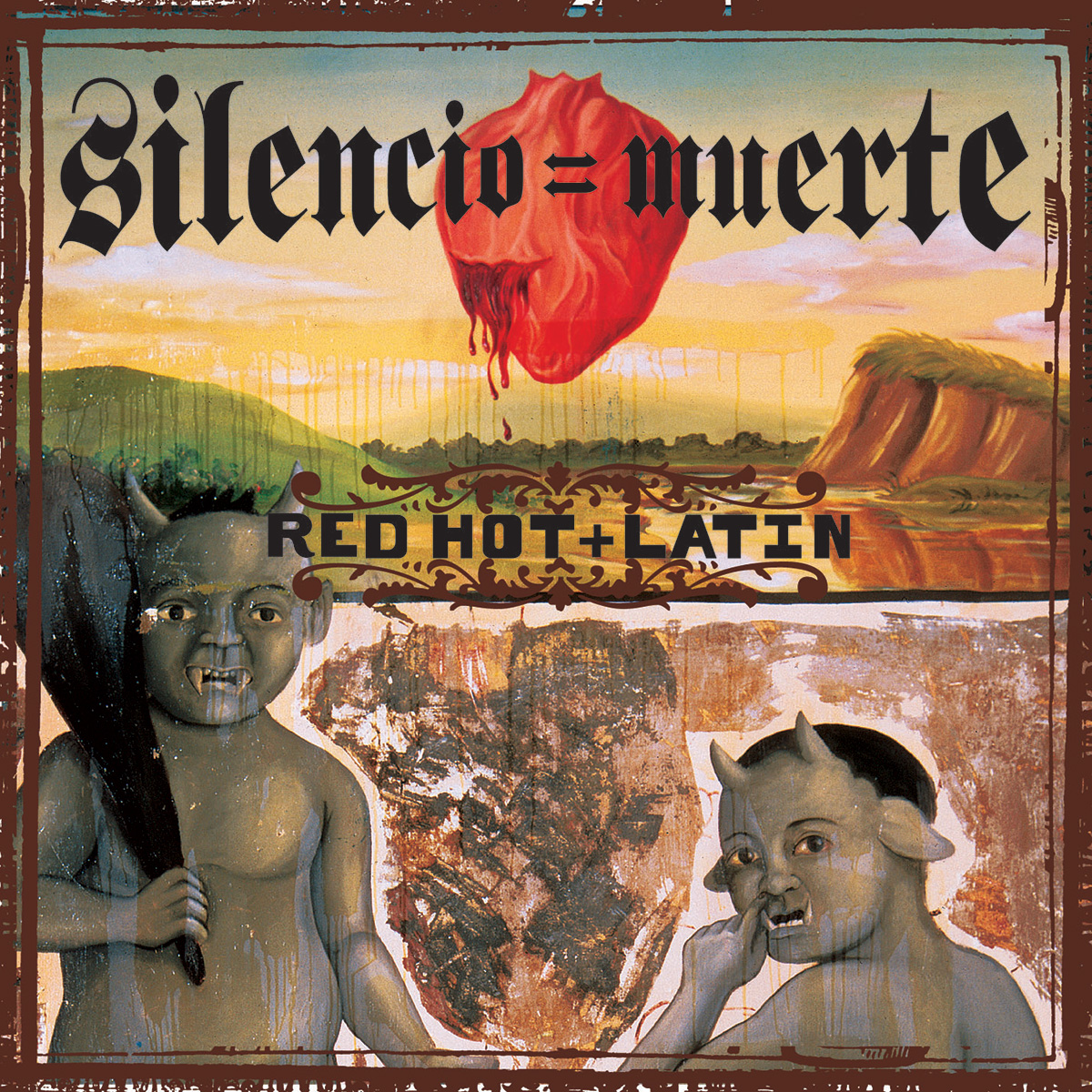 By the late 1990s, Red Hot’s economic model of selling albums to raise money began to slow down because of changes in the music industry such as consolidation of radio format ultimately file sharing and the paradigm shift brought by digital. So Red Hot shifted to use its platform to continue to raise awareness about the AIDS epidemic as it continued to devastate the Global South, particularly in Africa. We focused on the music and activism of Fela Kuti on the album Red Hot + Riot as well as leveraging digital media to create a groundbreaking online documentary about AIDS in Africa, including interviews with people affected in South Africa and Nigeria. Carlin continued his work in the art world, curating the landmark “Masters of American Comics” exhibition at the Hammer and Museum of Contemporary Art in L.A. (https://vimeo.com/266301460) as well as the most recent PBS documentary about American Art, “Imagining America”: (https://vimeo.com/266194842) 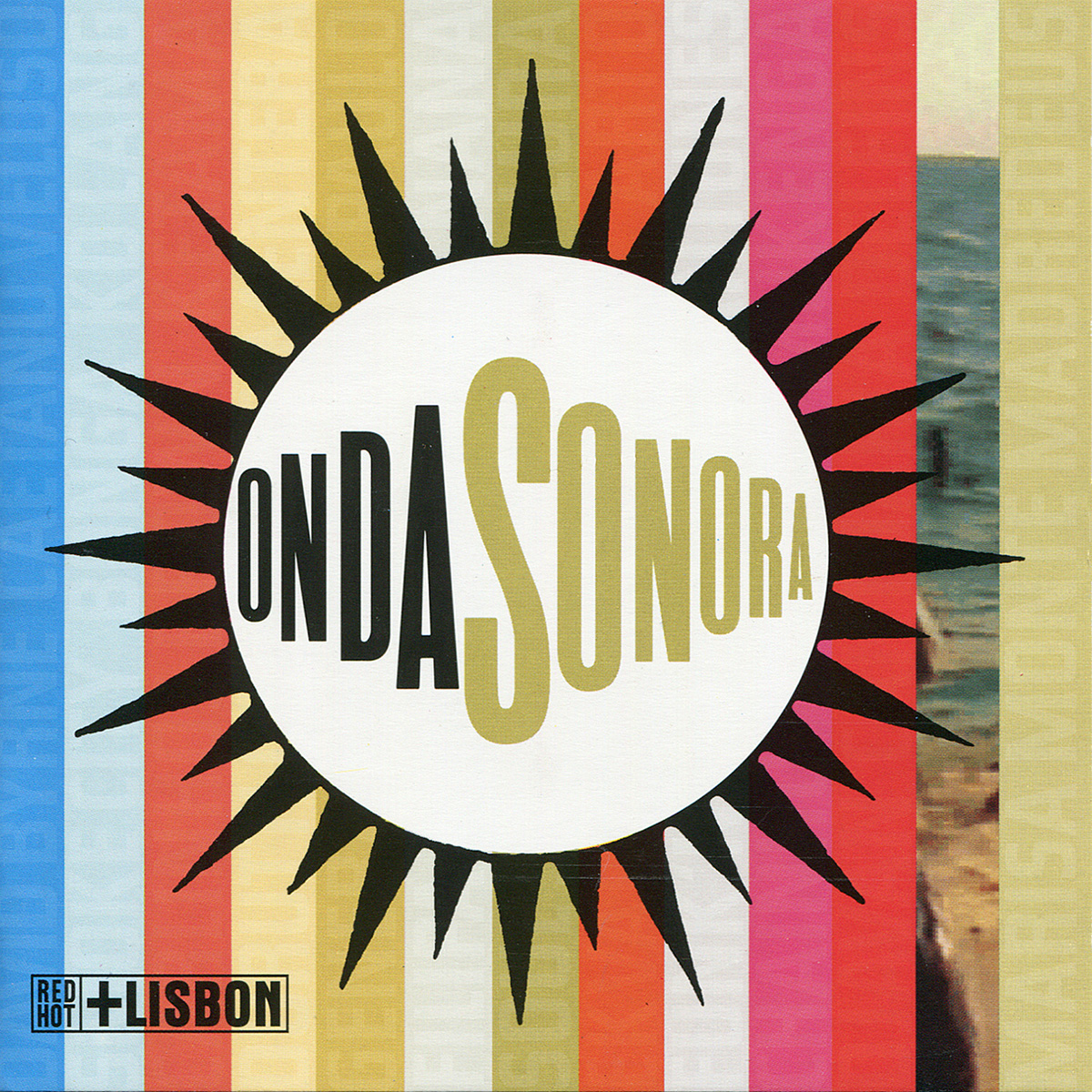 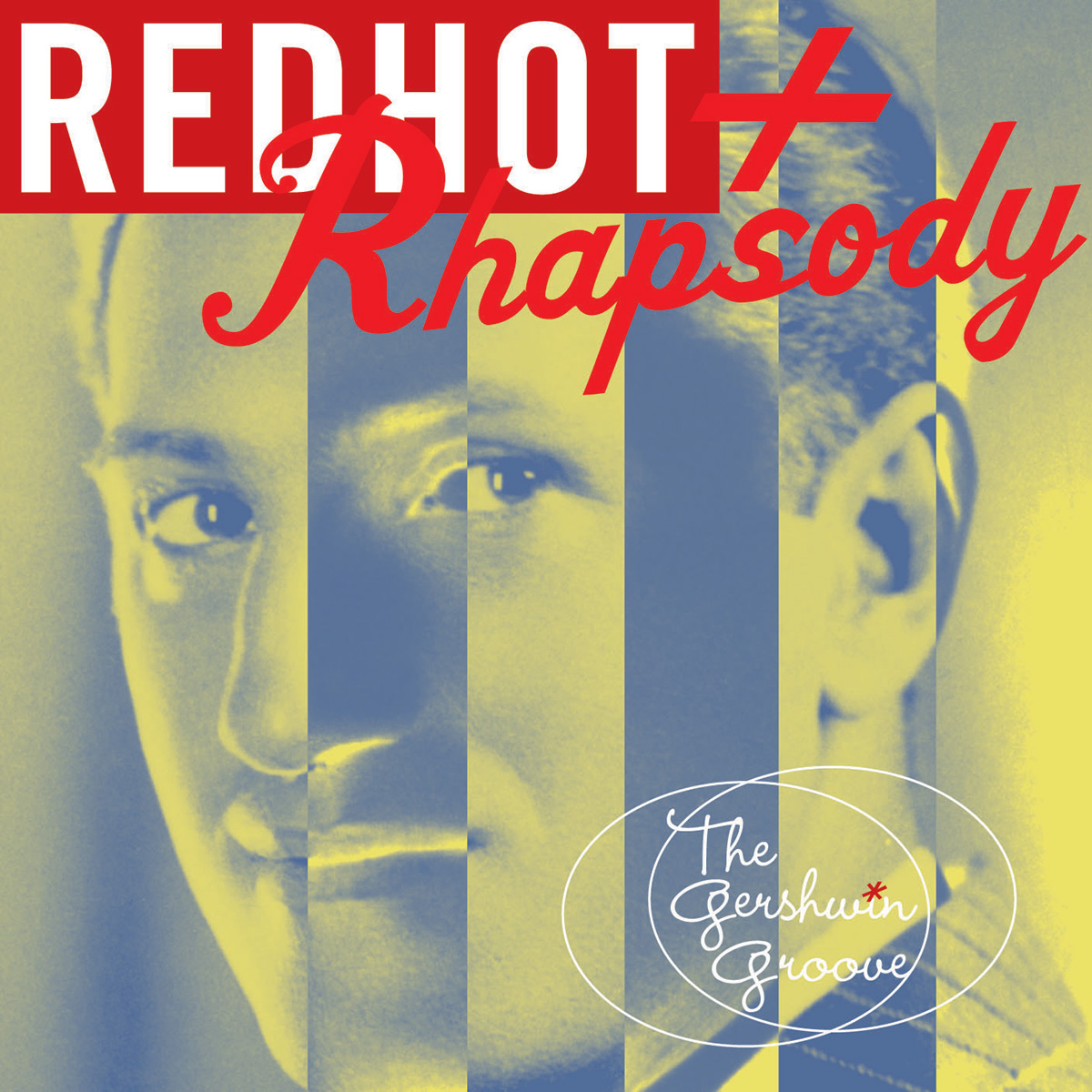 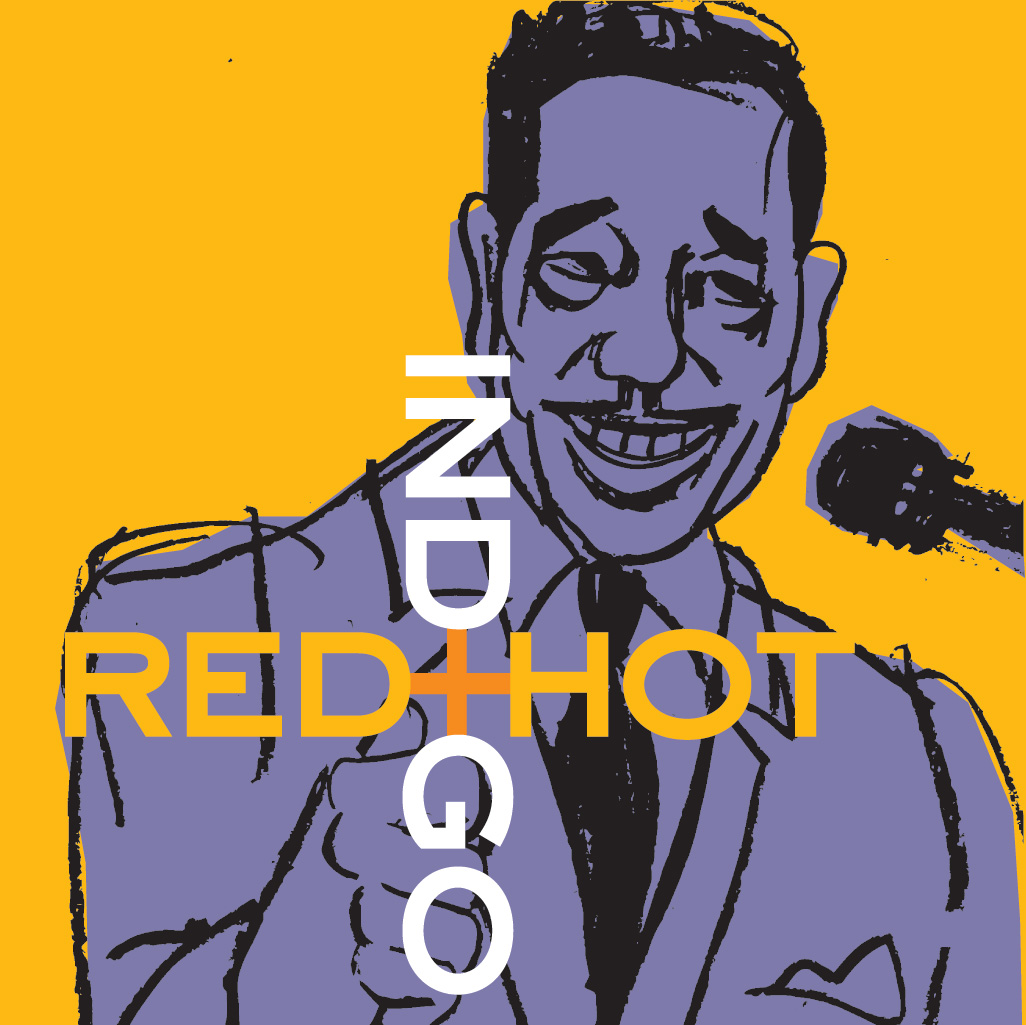 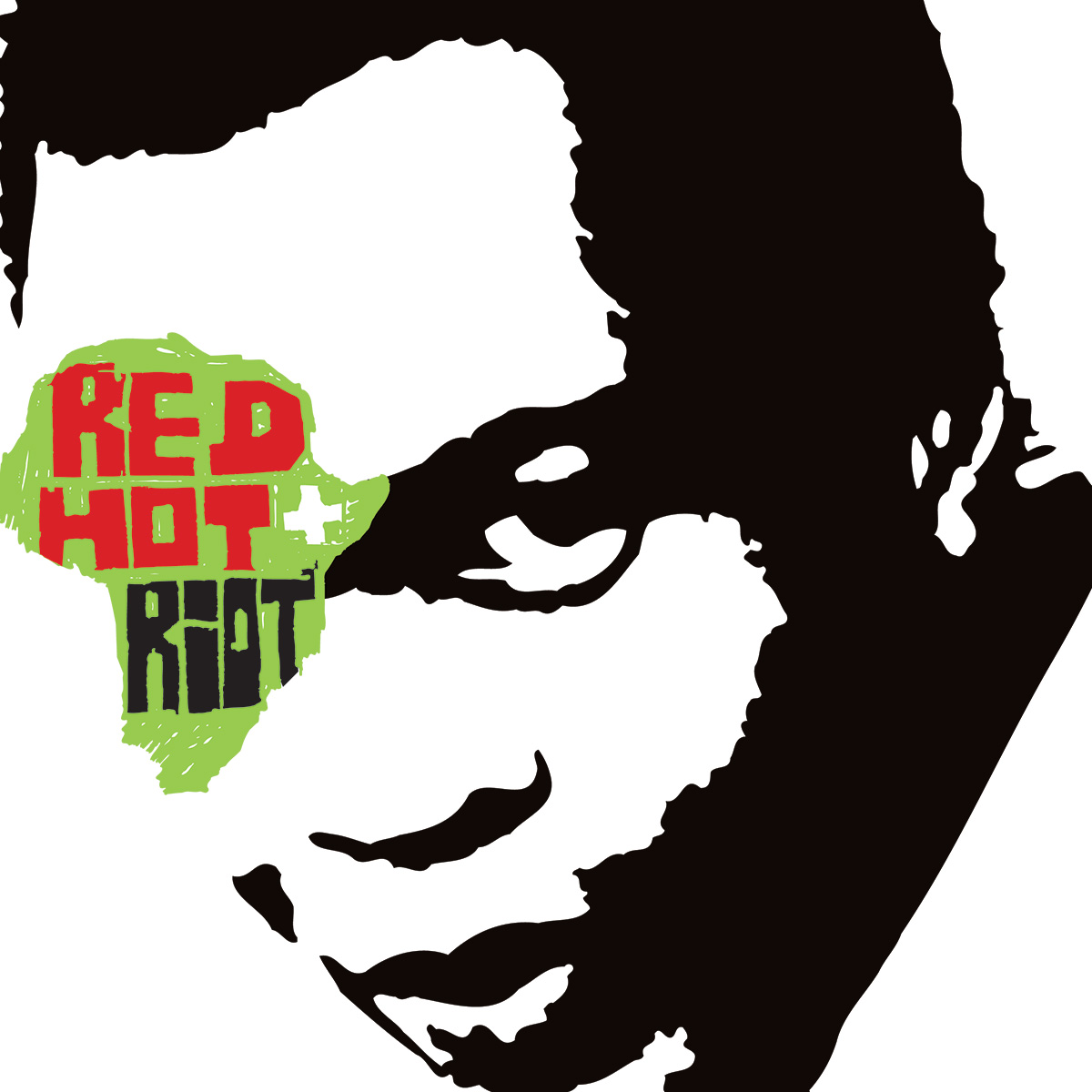 In the early aughts, Red Hot stopped most of its production and considered ending its mission. But through good fortune, Aaron Dessner, a key member of the band The National, was working at Carlin’s for profit digital design company. When he left and The National conquered the world, he and his brother Bryce worked with Red Hot to produce the groundbreaking indie rock compilation “Dark Was The Night”. The album was a success and revived Red Hot’s activities and good work. This led to a tribute to the influential musician, Arthur Russell, who died from AIDS-related causes in 1992, produced by Heck with Dustin Reid; a sequel to Red Hot + Rio, and a groundbreaking iPad App and related album re-imagining the music of Bach, thanks to support from the National Endowment for the Arts. Finally, Red Hot’s quarter century of great music for a good cause came to an end with the Grateful Dead tribute, “Day of the Dead”, the Dessners produced as an inspired follow up to “Dark Was The Night”. 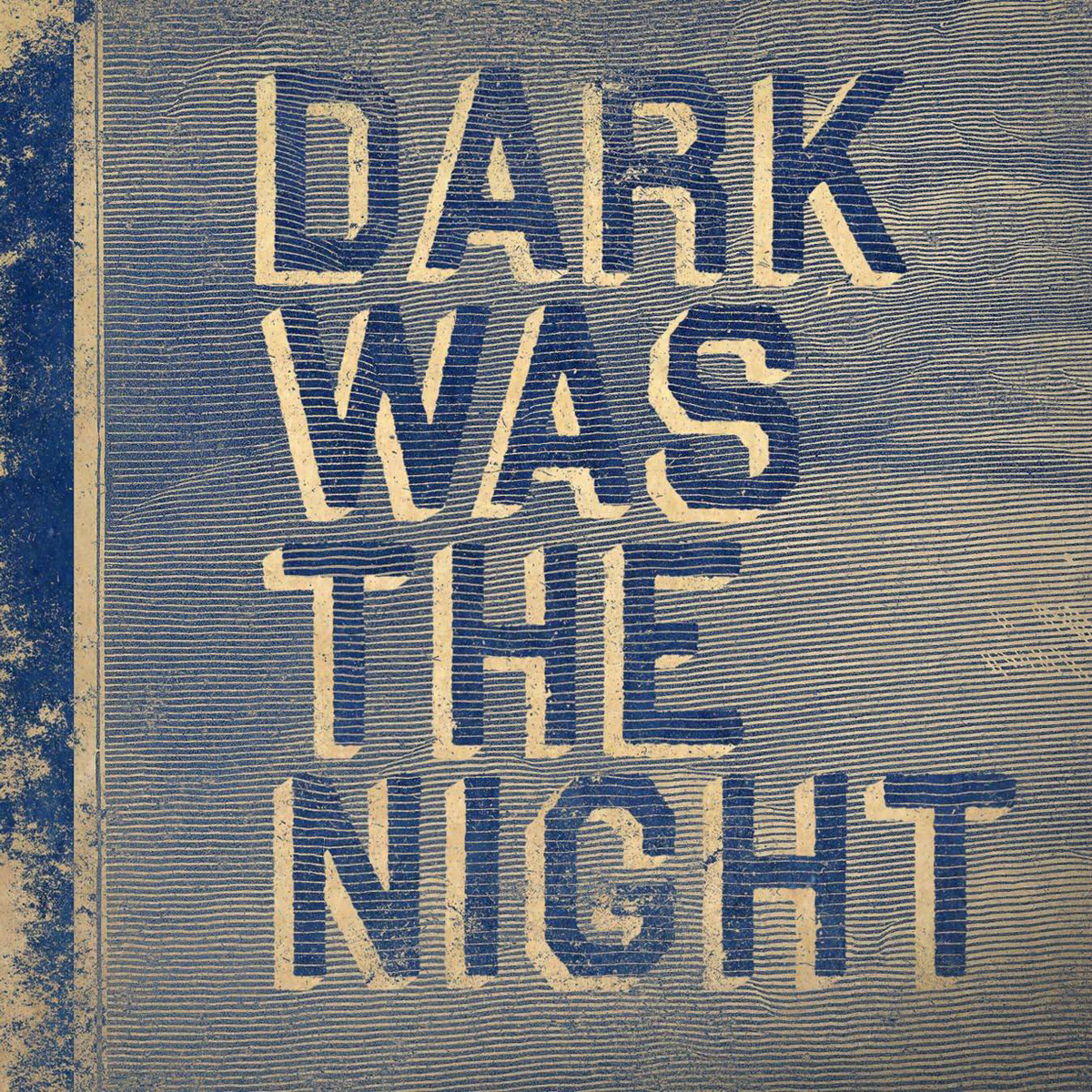 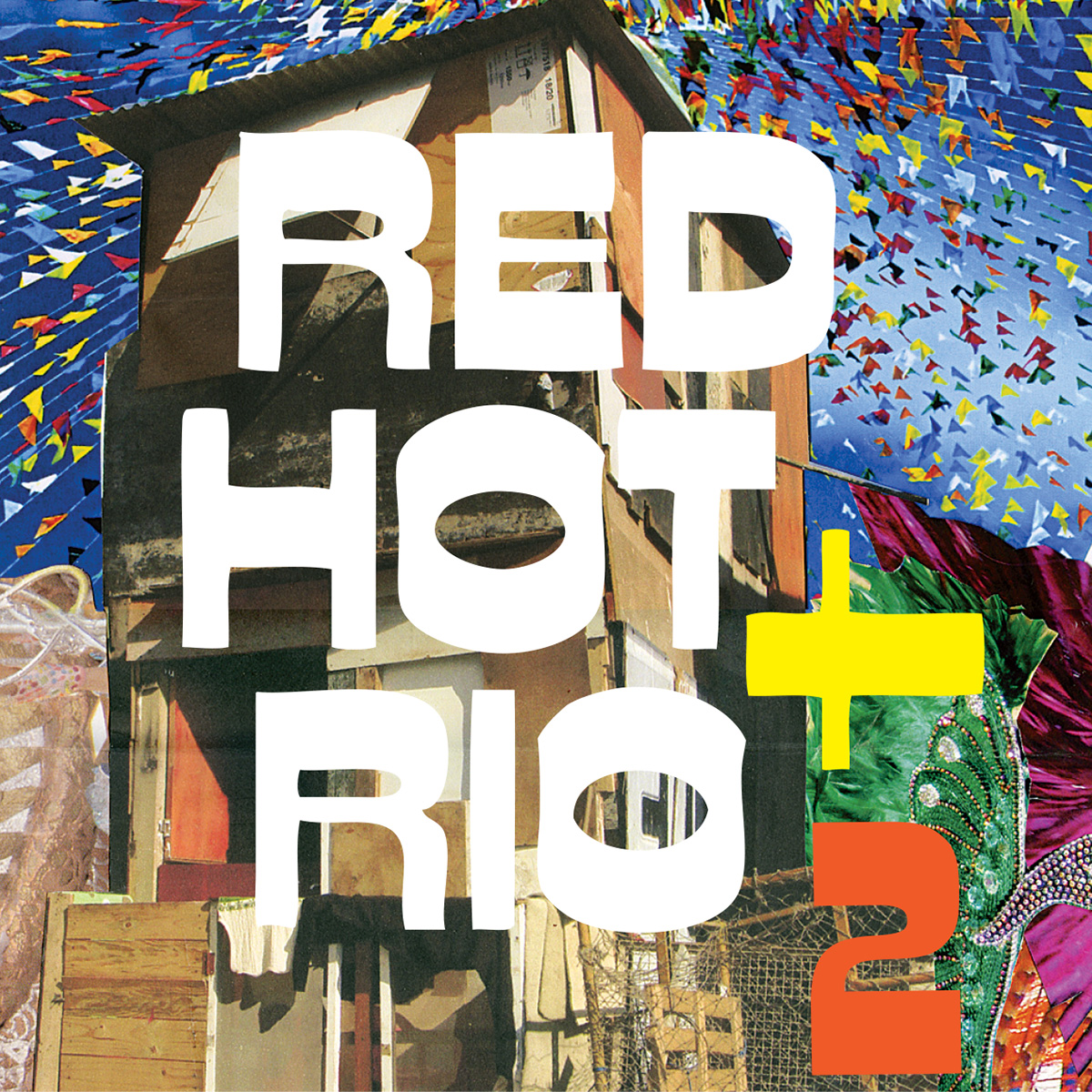 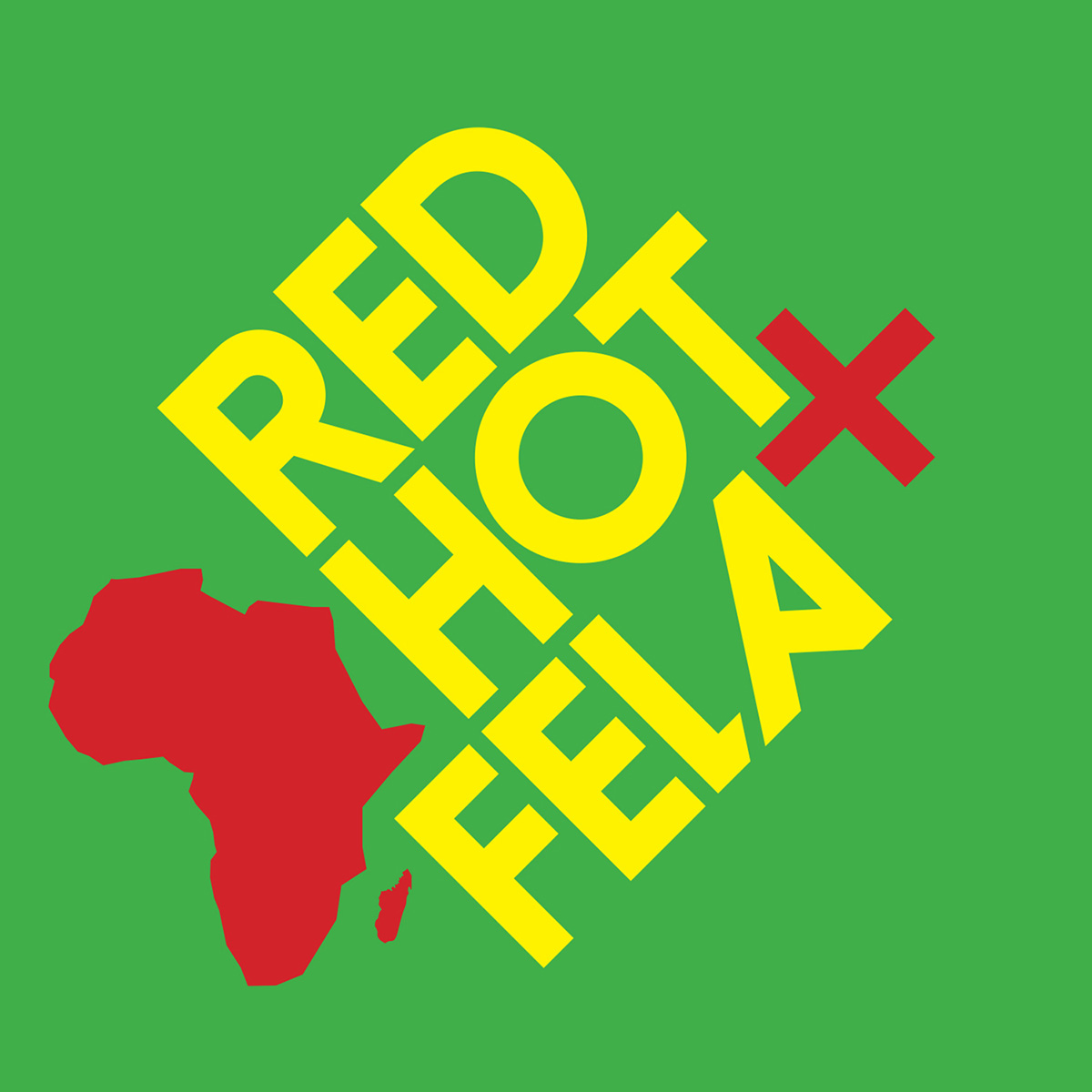 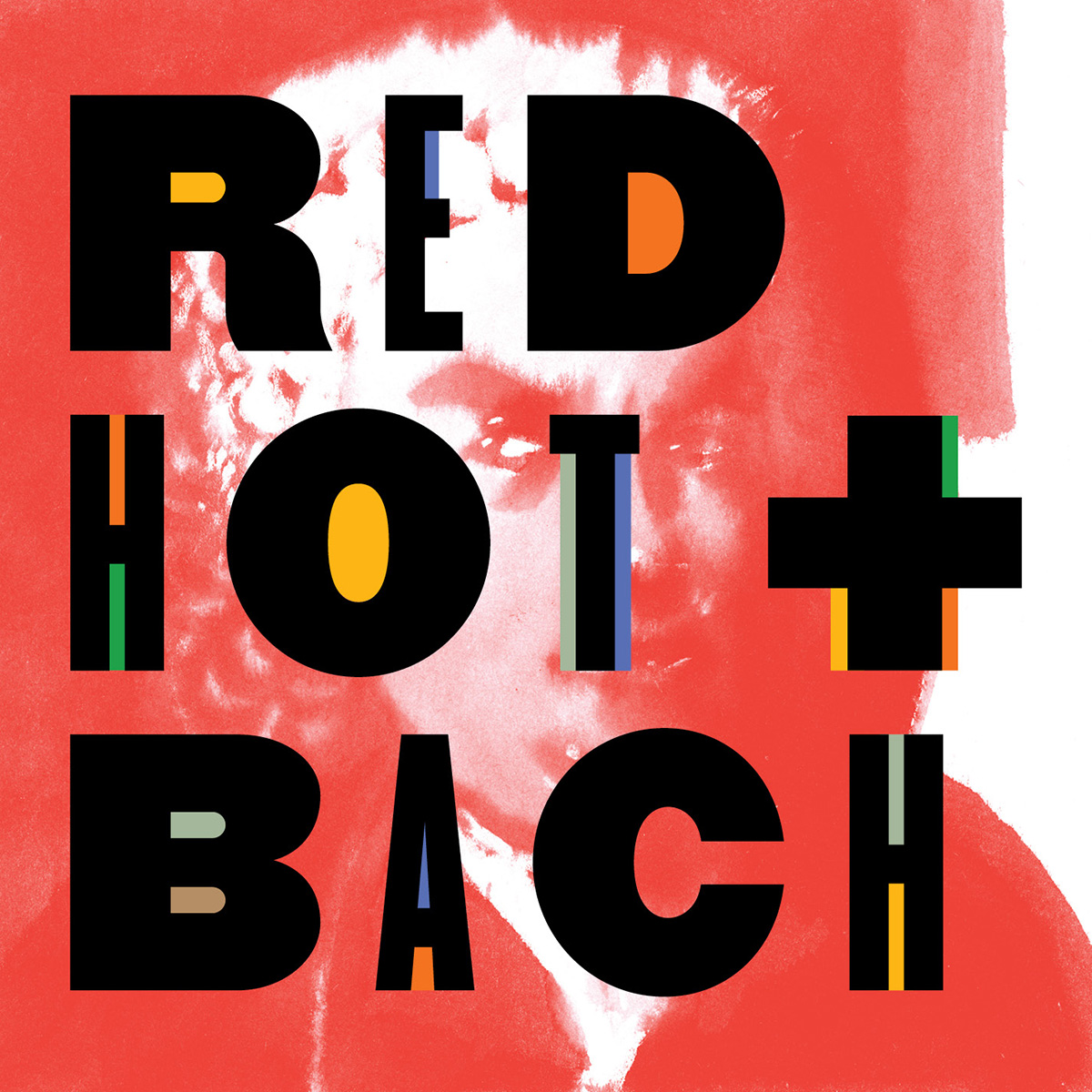 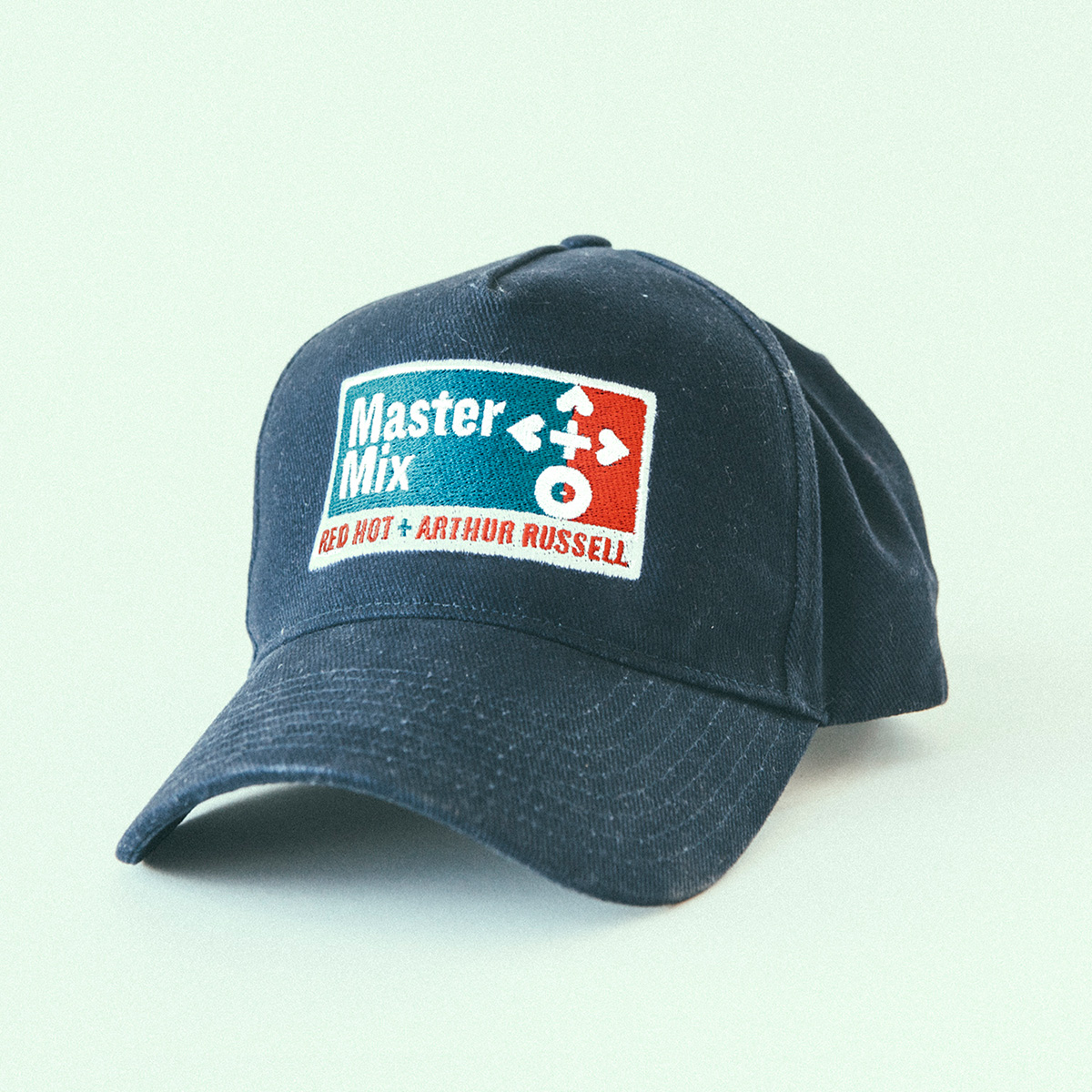 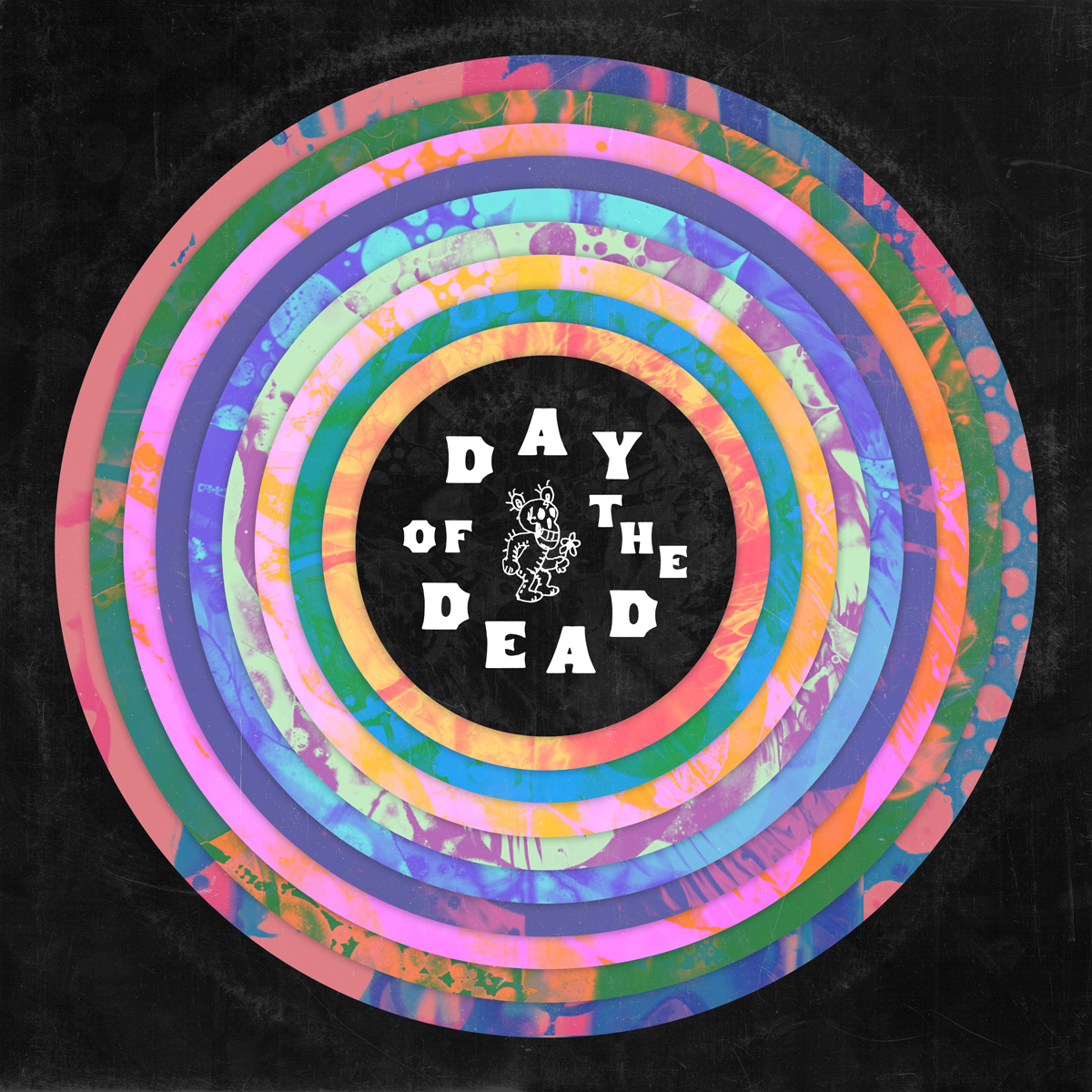